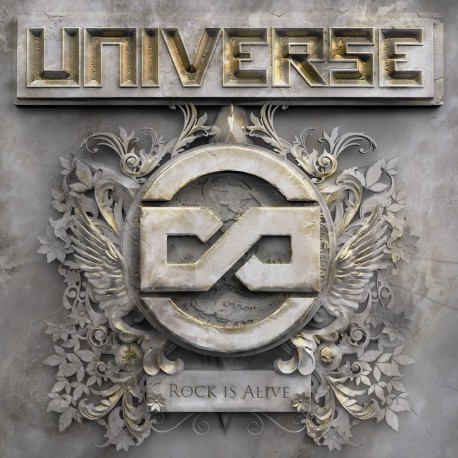 The band members went their separate ways, each showing up here and there in different contexts with connections to music. Everyone maintained occasional contact and eventually Per Nilsson reached out to the others to see if they were interested in playing together again. In 2002, all the members met up together for the first time in 14 years. They immediately knew they wanted to play again, and became convinced that the old material still had potential. Everyone agreed that a new album had to be released, but also that they were being pulled in different directions. For several years they kept continuous contact, waiting for the time when recording an album became inevitable. At first, UNIVERSE lacked a singer, but suddenly one day he was just there. Andreas Eklund (ex-House Of Shakira) became the new front man, his narrative lyrics and tasteful melodies opening the door to another dimension, so the band could take a bigger step into the galaxy. Now, finally, UNIVERSE is back as UNIVERSE INFINITYwith “Rock Is Alive”, a powerful album that is a tribute to the music of the 70’s and 80's, and to their youth in Upplands Väsby. “Rock Is Alive” was produced by Michael Kling and Per Nilsson at Kling Studios, and mixed and mastered by Stefan Helleblad; drums were recorded in Standstraight Studio One Scandinavia. The artwork was created by Sylvain Lucchina at Razor Images.