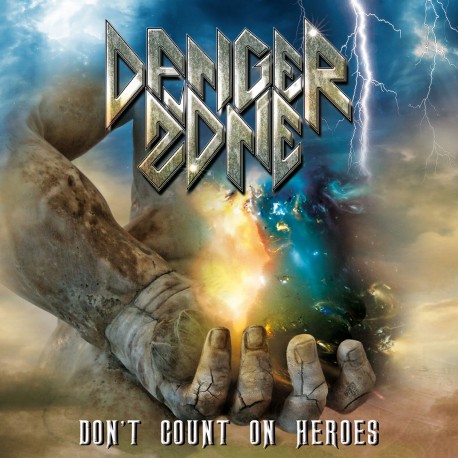 When Roberto Priori (g) started the Italian band DANGER ZONE in the early 80s a long hard road lay ahead of them. After various demos and line-up changes, they released the LP “Victim Of Time” (1984). But it wasn’t until 1987 when they gained bigger attention in Italy from audiences and media alike, followed by live performances with e.g. Saxon and on some hard rock festivals. The aim was to break the US market and resulted in at least a successful gig at the legendary Whiskey A Go Go in Los Angeles in the summer of ’88. In 1989 “Line Of Fire“ was recorded in Venice/Italy under the wings Stephan Galfas (e.g. Meat Loaf, Savatage and Stryper) and produced by Jody Gray and Mark Cobrin (Loudness/EZO). Later that year, fate saw the members moving to L.A. for half a year and playing shows. Unfortunately, the finished album got shelved, but as the years went by, "Line Of Fire" reached an underground cult status with both press and fans.

First sessions took place in Roberto’s PriStudio in Bologna, followed by a trip of singer Giacomo Gigantelli to New York, where he met Jody Gray, one of the key members of the production team of the “Line Of Fire” album more than 20 years ago, resulting in creative work. “Undying” (2012),being full of catchy melodies and powerful guitar riffs firmly build on DANGER ZONE’s musical roots of the 80s while adding a slightly modern edge.

With new bass player Matteo Minghetti, the band started to write for the new album featuring Pier Mazzini (Perfect View) and Whitesnake’s Michele Luppi on keyboards. "Closer To Heaven" (2016) has been released by Pride & Joy Music on April 2016 and has been unanimously acclaimed as their best album so far and one of the best AOR/hard rock albums of 2016.