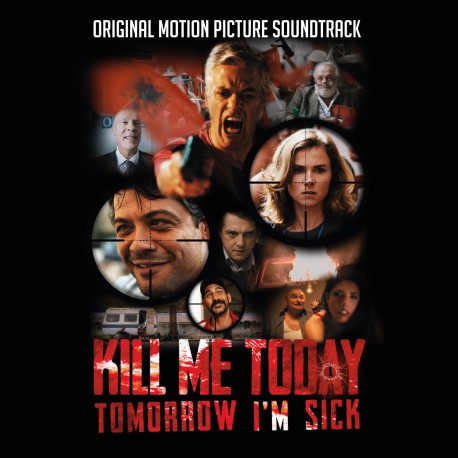 What if these guys would be one band? Matt Beck (Matchbox 20, Rob Thomas). Nick Buda (Taylor Swift, Jewel). John Rhino Edwards (Status Quo). Guthrie Trapp (Phish, Ashley Monroe). To make this sound real, only once in a lifetime, producer Robert Papst assembled the big names. And they all did their part of work with verve. Recorded in New York, Nashville, Munich, London.

In addition, the lead-vocals of: Janina Dietz, who reached position #32 in German radio charts with her band JATD and the song By Your Side. Gracia Satler. Christian Bina Birawsky. Hardy Hartmeier and Jörg Sieber, who captured position #4 with Dominoe and their hit-single Here I Am.

A real all-star-combo gives the vocals to „Special Friend“ (originally performed by The Lurkers in 1995). Alongside to the above-mentioned, actor Carlo Ljubek and Arturo Bassic (original voice of The Lurkers) appear as singers.

Plain. Straight. Highspeed. Words burst like gunfire. Touching the sore point. A story of love and pain. Far from healing. Sung with a trenchant voice. Fortified by a stiff dose of acid humor, the guitar-riffs roll through life‘s strange ways. Pointblank.

Unusual and unexpected. Ambivalent and oscillating. Shimmering between Good and Bad. Density and fragmentation. An overtone of impending doom. With a sound, reaching from classical to ambient to rock. The complete range. Music and life on the edge. An existential trial. Connoisseurs of US-American movie-scene honor this score, done by Hugo Siegmeth and Robert Papst.

Kosovo 1999. Ceasefire. The conflict is still smouldering. Anna from Germany is full of idealism. She wants to help. Surrounded by murders, venturers, ingenuous benefactors and cynics from all over the international world, she tries to prevail. Dirty tricks become routine. While the subversive station Radio One Kosovo is broadcasting to all the countries underdogs. Breaking taboos with a cool sound and a grim sense of humor. Giving hell to the strongmen.