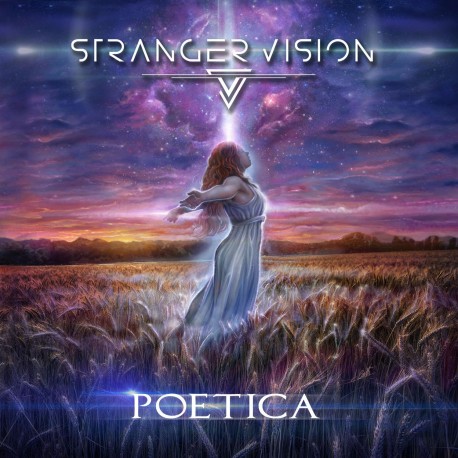 The group was founded in May 2019 by Riccardo Toni (guitars) and Ivan Adami (vocals), aiming to create and realize an extremely personal vision and sound with a strong focus on melodies & harmonies plus a powerful, rich sound. Luca Giacopini (drums), Daniele Morini (bass) and Gabriele Sarti (keyboards) shortly after completed the STRANGER VISION line-up.

There are several contributions from well-known Metal musicians from Italy on some of the album tracks, i.e. singer Fabio Dessi (ARTHEMIS & HOLLOW HAZE) on “Hero Of The New World”, singer Alessia Scolletti (TEMPERANCE) on “Memories Of You”, TRICK OR TREAT guitarist Guido Benedetti with a solo on “Rage”, TREAT OR TREAT, TWILIGHT FORCE and LUCA TURILLI’S RHAPSODY singer Alessandro Conti on “Rage” and Zak Stevens (SAVATAGE, TSO, CIRCLE II CIRCLE) on “Before The Law”.

STRANGER VISION’s involvement in the contemporary metal scene is testified to the high expectations that already surround the group, after the sensational covers of Space Oddity (David Bowie), Mad World (Tears For Fears) and Moonshield (In Flames), shared freely by STRANGER VISION during the difficult times of the lockdown.