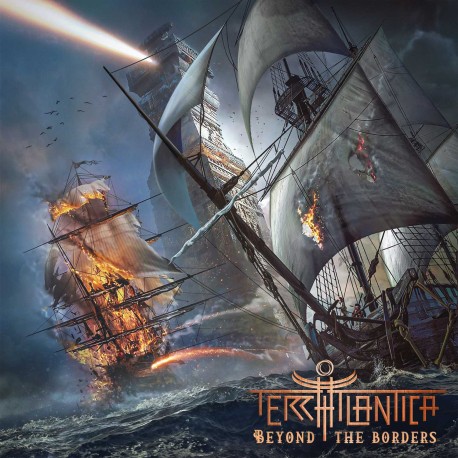 Terra Atlantica - Beyond The Borders (CD)

“Beyond the Borders” is the next milestone in the history of Terra Atlantica, pushing the boundaries of the genre by adding stage musical elements and creating a new world full of magic and adventures.
Set in the year 1848, the story takes place two decades after the predecessor “Age of Steam”!

With the British Empire being defeated, the vacuum of power in Europe has led to the uprising of the Prussian dynasty, ruling over the continent with a fist of steel. A group of young people set out on a quest  to fight against this oppression with the aid of a magical stone which supposedly will guide them the way to Atlantica. But they are being followed! A pursuit across land and sea begins…