> Secret Rule - The Key To The World 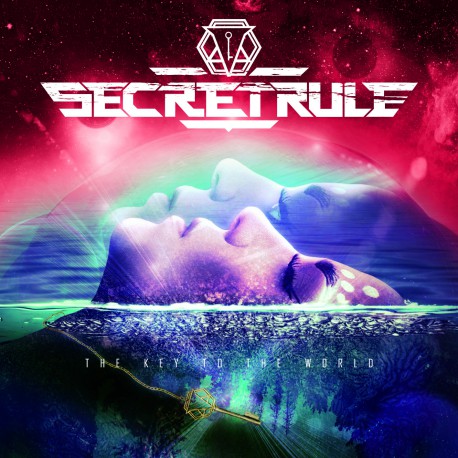 Secret Rule - The Key To The World

In February 2015, the group released their debut “Transposed Emotions’ (Rocksector Records) - a concept, a mixture of facts and tales which analyse our society with a look at a post apocalyptic era. The album was recorded in 2014; produced, mixed and mastered at Antfam Studios in Denmark by Tue Madsen (Halford The Haunted, Mnemic, Hatesphere, Ektomorf), while the artwork was created by Simona Speedy Saccoccia. After some gigs in Italy, the band went on tour in Switzerland, France, Germany, Belgium, Holland and the UK, taking part in some festivals such as the SOS Fest in the UK and the WIZZ FEST in Belgium.

The CD got a release on June 24th, 2016 on Scarlet Records with two tours to follow in July and August covering Slovenia, Slovakia, Croatia, Hungary, Czech Republic, the UK, Belgium, Netherlands and Germany. On 7 October in Wetzicon at the Hall of Fame venue, the Italians supported Serenity and on 29 January, they opened for Delain.

Early in 2017 SECRET RULE supported Blaze Bayley for some gigs and then started to work on new material. The new album “The Key to the World” will be released by Pride & Joy Music on November 10th, 2017. Henrik Klingenberg (Sonata Arctica) and two new guests on this new CD, Henning Basse (Firewind and MaYan) and Ailyn Giménez (ex Sirenia), also appear on this third release of the band. It again was mixed and mastered by Tue Madsen (Antfarm Studio- Denmark); Fabio D’amore (Serenity) handled the pre-production and Simona Speedy Saccoccia took care of the artwork again. In addition, music videos for the tracks “Twin Flames”, “The Song Of The Universe” & “Imaginary World” feat. all three guests will be released in advance to the album release. The band has already scheduled some gigs for next months. In November, they will be direct support for Kobra and the Lotus.