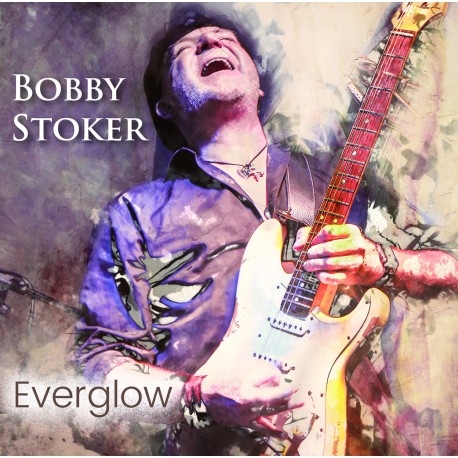 At the end of 2020, unable to do live shows during the Corona pandemic, Bobby founded his own label and started work on his solo album "Everglow", on which he took on the part of the lead vocals for the first time. After just over a year, together with the lyricist Nicole Göbel, 12 powerful rock songs were created, incorporating a heady mix of blues and soul. As a studio musician, he is accompanied by well-known and established names such as Willy Wagner (Fish/Marillion, Bobby Kimball,
Tony Carey/Rainbow) on bass and singers such as Oliver Hartmann and Ina Morgan from Avantasia on backing vocals. The album was mixed & mastered, in early 2022 by Tommy Newton (producer of Helloween "Keeper Of The Seven Keys Part 1&2", U.F.O, Ark, VoodooCult, Guano Apes and Molly Hatchett) The album "Everglow" will be released on May 20th 2022, via V.M.P. in collaboration with Pride & Joy Music.