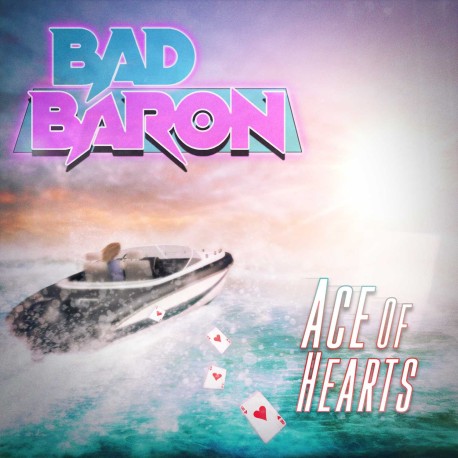 You might be tempted to assume that you’ve come across yet another Scandinavian sleaze rock band, following a path well-trodden over the past few years by bands like Crashdïet, Santa Cruz and Reckless Love. But you’d be wrong. Bad Baron, hailing from the metal mecca of Finland, do things a little differently.

From their breakout debut ‘Sweet Talker,’ that hit the airwaves of national station Radio Rock in February 2021, to their latest ballad ‘Lost In The Night,’ Bad Baron have proved again and again that they can take all the best parts from the golden age of rock music, wrap them up in an exhilarating hook filled package, and fearlessly cast it out into a world that never truly stopped loving yesteryear’s rock titans.

Leading the band on vocals and bass is 2020 Voice of Finland contestant Lauri Huovinen, who cut his teeth playing in bands in the wintry northern city of Oulu. Guitarist Tommy Widdow and British keyboardist Alex Kron bring the pulsating riffs, vintage synths, and facemelting solos, while Sammy South keeps the beat with the (very) occasional drum solo. ‘I’m a massive fan of the AOR and glam metal that came out of the 80s,’ says Lauri ’Whitesnake, Journey, Mötley Crüe and so on, so it was amazing to find people who want to keep that flame burning in a time where rock musicians have to try harder than ever to cut through.’

With big looks, even bigger hooks, and more gratuitous key changes than you ever thought possible, Bad Baron set the bar just a little bit higher.